The first effect studies have been realized. 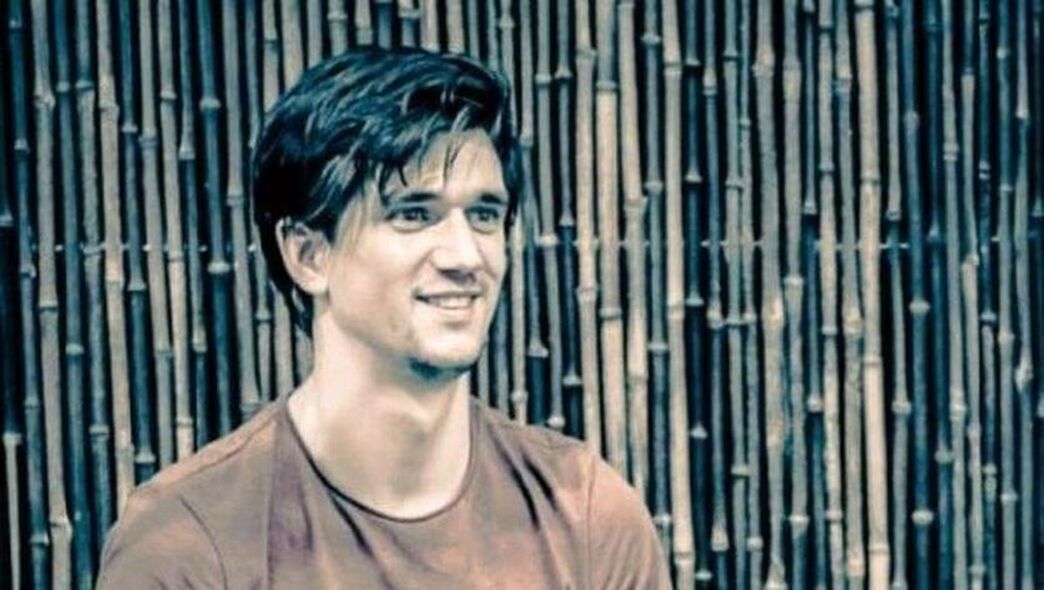 ​Bram was a Master of Media Innovation student at Breda University of Applied Sciences. He has chosen the Recovry project for his graduation thesis. Bram focused among others on answering the question how much the virtual worlds need to be personalized to be effective. How can we personalize VR worlds in an effective manner to help treat Alcohol Addiction, and how will this help to create a more effective VRET application? ​Moreover, if organisations choose to personalize VRET environments, which elements are the most important to personalize and as such elicit a stronger feeling of craving for Alcohol-use Disorder pa-tients? Not much is known about person-specific cues that create unique experiences to increase craving.
​
Previous studies, however, identified a range of elements capable of eliciting craving in AUD-patients. These are cues that have been examined in studies before: presence of alcohol (sounds of glasses in bars, seeing different alcoholic drinks, seeing and smelling others hold or drink alcohol and alcohol-related words), emotional factors (negative and positive), social factors (peer pressure), time factors (time of the day and day of the week), (social) environments (Pubs, Restaurants, Bars, Parties, Within the house, Parks and other public spaces, During meals and Kitchens). For instance, night and afternoon created more craving compared to midday or morning, and weekends are more difficult to resist drinking. Being with peers and social pressure increased craving and alcohol intakes. However, high levels of craving are also high when being alone or with friends instead of being with relatives, partner or co-workers. Positive and negative emotions also elicited craving, although negative emotions generally show greater self-reported craving. Parties, restaurants, bars, pubs, being at home and being in a club elicited the highest levels of craving, whereas the living room, the kitchen, the workplace, the bedroom, the supermarket or being in parks showed craving, but less.

Time to so dome investigation by ourselves.
Participants: 10 DSM-V diagnosed AUD-patients (between 18 and 65 years old) during the last week of their inpatient detoxification at one of the Novadic-Kentron detoxification units at Breda, Vught, or Eindhoven. Patients who experienced severe psychosis, hallucinations, suicidal issues, severe psychiatric disorders, severe poly-drug use that impeded treatment, or severe physical issues such as cardiovascular diseases were excluded from the study due to health risks or potentially skewed results. A pre-study (by Reimink) showed the success of the manipulation: the clinic’s entrance hall was indicated as a neutral place, a bar and a home situation were indicated as risk scenes, the natural surrounding with trees was indicated as a safe zone.

Design: The participants experienced Recovry 1.0 on the Samsung Gear VR and Samsung Galaxy S9. The scene selection and duration were in the hands of a therapist. All sessions followed a similar pattern: (a) introduction, (b) 'before exposure' questionnaires, (c) heart rate and blood pressure measurements, (d) VR experience (three sessions using graded exposure and each time ending with 'relaxation' environment), (e) post experience heart rate and blood pressure measurements, and (f) 'after exposure' questionnaires and the final session also included an (g) interview.
​
Negative Results: due to the design, craving in general was low. The therapy and detox already increased self-efficacy and motivation, and some participants even had visited bars without drinking during a leave of absence This reduced the impact of virtual exposure. The CG bar scene lacked social cues for some, due the unsociable (boring) context (no people visible, abstract design such as shadow figures and poor furnished, although the pool table did create craving), the visibility of the alcohol was low (e.g., only few bottles behind the bar and being too abstract) and no peer pressure (like an invitation to drink). Finally, the technical execution can have a negative impact: the 360 resolution was not optimal and as such could break the feeling of presence.
Positive results: However, within the CG and 360 worlds, the craving was mainly stimulated through the apartment scene and primarily by the presence of alcohol (visual cues such as ashtrays beer bottles, cigarettes, beer cans and bottles of wine), and social cues (the left-open fridge, the couch and food as a general reminder of a party the night before), which were perceived as relaxed drinking with others.

Personalization needed: The study showed that the craving elicited by the type of environment is dependent on the individual’s past experiences. Not only the choice of environment is important, also the way the alcohol is present in the environment needs to be personalized. For some the mess in the apartment worked, for some it did not as they were used to hide their drinking at home. For some the bar was cosy and social, for others the bar was boring and outdated and did not represent “their bar”. The same goes for the visibility of alcohol: generic bottles were often confusing for participants, they either needed wine or beer bottles, depending on their drinking preference. The style, 360 or CG, seems to be a matter of personalization as well: some preferred CG, some preferred 360.

The conclusion seems obvious: some level of personalization is needed on all craving dimensions. First, there is no clear preference for 360 or CG. Both work for different people. Seconds, the environments are depended on personal history and associations they need to represent different levels of alcohol visibility (messy or clean), and types of drink (based on past drinking behaviour), and different emotional contexts are needed (positive and negative). In addition, for reasons of protection (medical research) the craving was deliberately kept low. However, when a VRET needs to reach people after detox and therapy, despite grading exposure, the starting craving level needs to be higher. 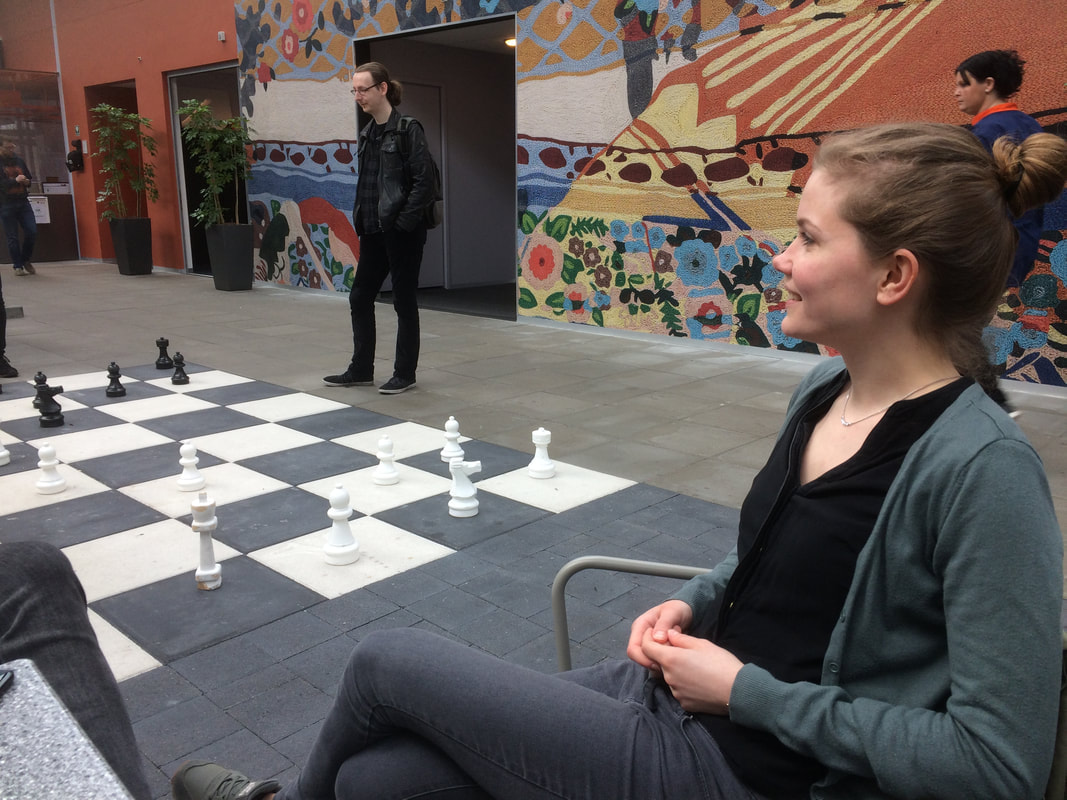 Klara finished her graduation with a very good study, showing the potential of the Recovry Application. The VR prototype was tested through interviews among 14 users divided over (former) AUD clients, psychologists, and nurses. The results indicated that both 360 and cg created VR worlds, helped patients with their treatment. The VR seems to trigger feelings of craving: “The apartment version was quite confronting....yeah, I saw myself sitting on the couch and drinking. That came to my mind. And the bar scene was a little trigger ....." . The most clear factor seems to be hedonic. The VR application was experienced as engaging without drawbacks that helped to stimulate going through therapy: “I think that in the beginning it's the entertainment and then you have a thing to talk about...it's great because a lot of the clients [otherwise] don't see the triggers. ....it's easier because these environments are normally not inside of the clinic .."​. It seems that participants prefer the 360° version over the computer-generated (CG) one because it felt more real and induced more presence: "The real films, the real pictures are the ones that do it for me, not the computerized ones". In addition the study showed that a graded exposure treatment is recommended. Meaning that it should start with a less immersive CG experience before going into the 360 recorded worlds: Yes if they want the experience and to practice I think the realistic one is more useful. But if in the computer one are details I think it's the first step maybe to practice...in steps, so you begin with easy and you and then you build up to the realistic one, to the filmed one". In addition personalization of the worlds might work more effective, although clients also were not sure whether that might be to confrontational, preferring a graded exposure as well when it comes to personalization: “Maybe in the first place practice not in the own situation....after having practiced more try your own surrounding". The study provided many more recommendations on design, content and usage. But most important, it provided enough promising results to go forwards with the effect study. Thank you Clara for your important contribution! 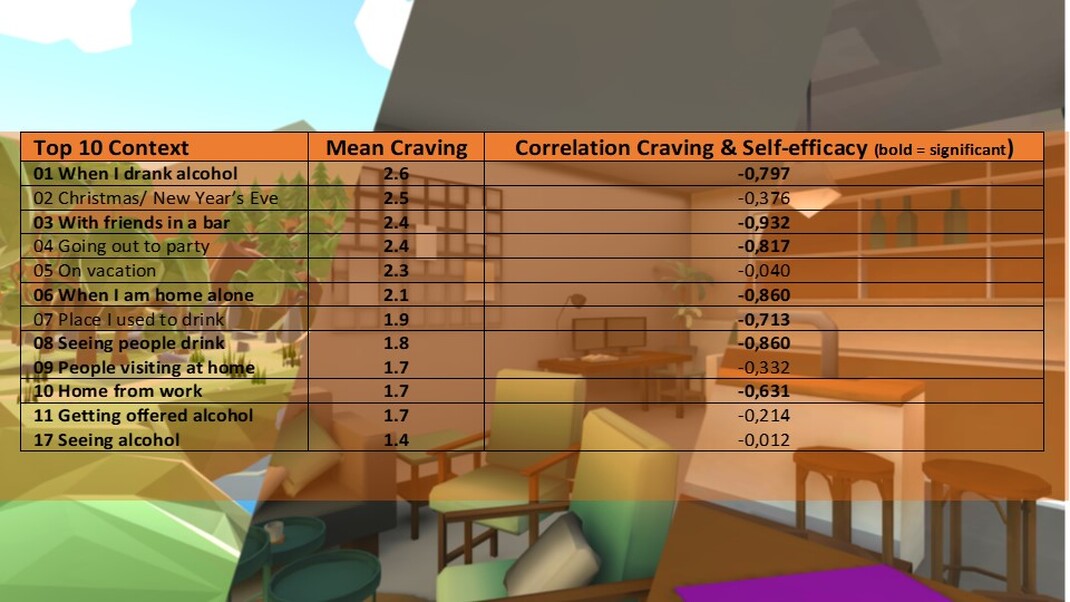 Together with Utrecht University (Anne Reimink), we conducted our first study aimed at discovering environments (contexts) that create alcohol craving and that can efficiently be recreated inside VR (CG and 360) in order to develop RECOVRY 1.0.

WHY: Craving is described as a strong appetite, desire or urge to drink alcohol. Therefore, addiction treatment is primarily focused on reduction of craving (conditioned responses) or on dealing with how to cope with craving through means of self-efficacy and coping skills (and thus reduce relapse). In case of AUD, self-efficacy means the belief to be able to stay abstinent of alcohol consumption in high-risk situations and cues (contexts) that trigger craving for alcohol consumption. These contexts and cues are present in in everyday life in all kinds of (social) situations, which makes exposure to alcohol-related cues impossible to avoid. Cue exposure therapy (CET) is based on treatment through repeated exposure to these environments. Virtual Reality Exposure Therapy (VRET) provides the possibility to train in safe, real-life personalized situations that feel real using more cues and contexts at the same time compared to other CET treatments. However, to develop such a tool, it needs to be clear what environments need and can be developed that apply for many (former) AUD clients.
Therefore, the goal of this research was to assess which environments and cues could be experienced as high-risk situations for relapse (that are most likely to elicit craving on the one hand but on the other hand can be successfully and efficiently be implemented in VR to increase coping-skills and self-efficacy). These environments then would receive priority to be developed as VR worlds to be used in a new VRET tool (RECOVRY).

HOW: (a) descriptive research: analyze high-risk situations that are used in AUD related CET and (b) qualitative research: interviewing AUD inpatients in which they had to rate the level of craving (0 = no craving, 4 = very strong craving) and self-efficacy (0 = no self-efficacy, 5 = very much self-efficacy), and level of perceived risk (1 = low, 2= high) for relapse for 31 high-risk environments based on a workbook used in cognitive-behavioral therapy. The focus was on physical surroundings as a first step to build in VR and less on emotional contexts (as these are more complex and expensive to create).

WHO: 13 alcohol dependent inpatients (adults with an average age 50 and 75% male), were interviewed with a primary diagnosis of alcohol dependence and fulfilled the diagnostic criteria for alcohol dependency according to DSM-V (on average 18 years of use before first treatment), had been in detoxification treatment for at least 4 days (average of ten days), with abstinence from psychoactive recreational drugs during treatment and no severe psychiatric or intellectual disability or impairment. All participants were depended on another drug as well (often nicotine and THC or Cocaine), and almost half had justice issues.

WHAT: alcohol-dependent inpatients can clearly differentiate which environmental cues form a trigger for their relapse. A challenge to create an efficient VRET related to AUD is the diversity of worlds and situations that trigger craving. Based on the self-reported levels of craving and self-efficacy two environments were selected out of the top ten perceived high-risk situations: (1) Being in a bar (seeing alcohol) and (2) Being at home (alone and seeing alcohol). Both environments we combined (in RECOVRY 2.0) with three top ten risk contexts: (a) when I drank alcohol, (b) seeing people drink and (c) getting offered alcohol.